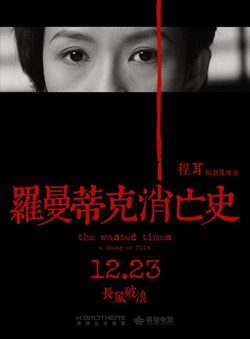 Set during war-torn and chaotic Shanghai during the 1930's, 'The Wasted Times' is a story about love, hatred and betrayal. The protagonist, Mr. Lu is ambushed during his meeting with the Japanese army, but his brother in law via his sister, Watabe, sacrifices himself so Mr. Lu can live. In addition to this, the Japanese also murder Mr. Lu's children and sister. Years later, when the Sino-Japanese war ends, Mr. Lu decides to visit the discarded wife of his ex-boss, Mrs. Wang, whom reveals that Watabe didn't sacrifice himself to save Mr. Lu, but is alive and the Japanese spy responsible for the deaths of Mr. Lu's children. Given this information, Mr. Lu sets out to get revenge. Directed by Cheng Er, and starring Ge You, Zhang Ziyi and Tadanobu Asano.

Películas similares a The Wasted Times